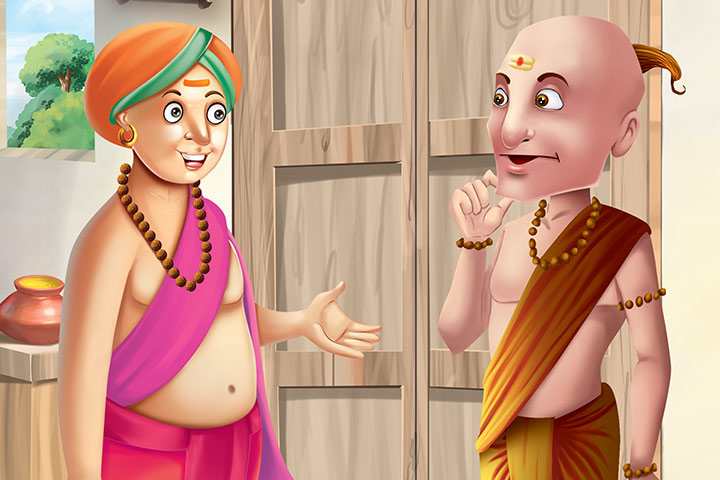 Tenali Ramakrishna was held in high regard by king Sri Krishnadevaraya and his courtiers. This made the chief priest envious, and he wanted to tarnish Rama’s reputation in front of the king.

One day, he went crying to the king and made false accusations against Tenali Ramakrishna. He also told the king that Rama had been slandering the king’s name.

The king believed the chief priest and called Rama to his court. Before Rama could speak, the king yelled, “Never show me your face again, or I will behead you.”

“But, your majesty, what did I….” “Enough! I do not want to listen to anything you have to say. You have to follow my orders,” the king roared.

Even though Rama tried to explain, the king was too enraged to listen. So, Rama left the court in sorrow.

After a few days, the king came to know from his courtiers that Rama was innocent, and the chief priest had misrepresented him. The king realized his mistake and scolded the chief priest. He then ordered the guards to fetch Rama. To his surprise, Rama stepped in with his face covered with a pot.

The king asked him, “Why are you covering your face with a pot, Rama?”

Tenali Rama replied, “Your majesty, as a citizen of Vijayanagara, it is my duty to follow your orders, but I couldn’t stay away from my royal duties. That is why, I took the help of this pot to hide my face from you, and at the same time, fulfill my royal duties.”

The king burst out laughing and asked Rama to remove the pot. He then embraced him and apologized for his hasty decision.

Do not jump to conclusions without knowing the facts.