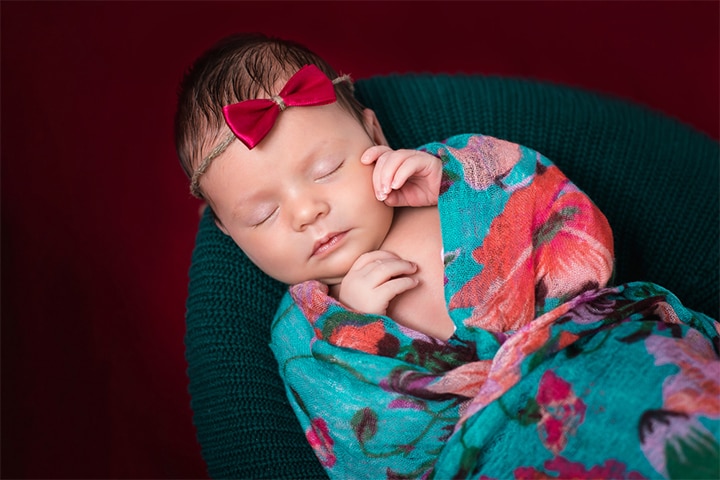 Hannah, also spelled as Hana, Hanna, or Chana, finds its origins in the Hebrew name “Channah” meaning “grace” or “favor.” The modern spelling ‘Hannah’ comes from the Puritans of the 16th and 17th centuries. Hannah is a common female name, especially among Christians. The Biblical name from the Old Testament portrays Hannah as the wife of Elkanah’s and the mother of the prophet Samuel. The most popular short form of Hannah is Anna, which is used worldwide.

From shortened forms or funny jargons, the name Hannah has derived many variations over the years. Keep scrolling this post for some creative short names or nicknames for Hannah. You would find some funny, witty, and historical derivations of the name.

71 Creative Short Names Or Nicknames For Hannah, With Meanings

Anaïs is the Occitan and Catalan form of Anna. Many English translations of the Old Testament use the name Hannah instead of Anna. The name was borne by several Russian royals, including an 18th-century empress of Russia.

The Slovene, Croatian and Serbian name is a diminutive of Anna and is a short form of Hannah.

Ann or Anne is a Latin female name representing the Hebrew name Hannah, which means ‘favor’ or ‘grace.’

A form of Channah or Hannah, Anna is from the Greek and Latin Old and New Testament. In England, Anna has been used along with other vernacular forms such as Ann and Anne since the late middle ages. Anna is currently the most common spelling of Hannah in English-speaking countries, though the biblical form ‘Hannah’ is still the most popular.

The name Annabelle is influenced by Anna, a variant of Hannah. It has its roots in Scotland since the middle ages. It is a combination of Anna and Bella and most used by the English and Dutch.

Hannah is lovingly called Hanny, and a short form for Hanny is Annie.

Annick is a French form of Breton Annaig, a diminutive of Anna, which a short form of Hannah.

The name is a Frisian, Dutch, and Low German diminutive of Anna, a name which is a derivative of Hannah. The name is pronounced as “AHN-tyə.”

Anuki is a diminutive of Ana, pronounced as Ah-Nah. It is the Georgian name for Hannah.

Channah is a Biblical Hebrew form of the name Hannah, meaning “favor, grace.”The root of the name חָנַן (Chanan) is found in the Old Testament as the name of the wife of Elkanah.

It is an alternate transcription of Ukrainian Ганна, which written in English transcribes to Hannah.

If you are looking for a funny form of Hannah, you could go with Ha ha. It is suitable for someone who laughs at her jokes.

It is a dramatic and hyperactive version of Hannah. The name originates in the Netherlands. Hammy gained popularity as a hyperactive squirrel character in the comic strip and film Over the Hedge.

Comprising the first three letters of Hannah, Han is often used by family and friends as a loving name.

Hana is a form of Hannah used in several languages, including Czech, Slovak, Croatian, Slovene, and Sorbian. The Czech pronounce it as HA-na.

Han extended to Hans or Hanns, is colloquially easier to call.

If you are looking for a cute name, Han Han can be an adorable choice.

It is suitable for a girl named Hannah who loves holidays.

If you are looking for a naughty short form of Hannah, Hanky can be a lovely choice.

Just like we say someone lives in la-la land, a Hannah who lives in her little world can be nicknamed as Han-a-land.

It is the Welsh pronunciation for Hannah. This nickname is also seen among the Hebrews, Germans, and Dutch.

The name sounds fun, sweet, and filled with affection.

The Arabic version of Hannah means happy and carefree. In Hawaiian, Hani means “to move lightly. Interestingly, Hani is masculine in Arabic and a unisex name in Hawaiian.

A common nickname for Hannah is Anabelle and Hannaballe is simply a wordplay.

Hannahbeerefers to a cute baby and could be an ideal choice for a little Hannah.

A beautiful girl is called a belle. If your Hannah is sweet and beautiful, you can call her Hanna Belle.

A bug is a pretty little insect. If your Hannah is an adorable girl, you can call her Hannah Bug.

In case, your Hannah has been through many hardships and is tough to the core, you can give her the nickname Hannah Core.

A cute nickname for Hannah is also Hannah Gail.

It is a lovely nickname for Hannah that many would like.

Hanna K. is a 1983 American drama film depicting the Palestinian-Israeli conflict. In the movie, Hanna K. was a lawyer assigned to defend a Palestinian accused of terrorism and infiltration. The character became a famous name for strength and integrity.

A gorgeous Hannah with a friendly nature can be nicknamed Hannah Lou.

Hannah-lou-li-lo is only an exaggerated version of Hannah Lou.

There isn’t much to this pet name except that we call a loved one ‘My love.’ You can dearly call your Hannah as Hannah Love.

Hannah Montana refers to the Disney movie Hannah Montana. The protagonist of the show/movie was a pop singer, played by Miley Cyrus.

Munchkin is a word we use for someone we love a lot. Some people even use it for their partners. Hannah Munchkin makes for a cute pet name.

If your baby Hannah is cute and cuddly and you love to squash her like a stuffed toy, you can call her Hannah Panda.

It is a suitable nickname for an iconic figure who can take the world by storm.

Hannalia is a pet name suitable for someone who likes to spend a lot.

It is a simple and intelligent-sounding name for a little girl with the name Hannah.

A diminutive of the name Hannah or Johanna, Hannele is commonly used in Finland. Hannele Pokka was a famous Finnish politician and former governor of the province of Lapland.

Hannah, who has a trendsetting nature, can be named Hanners. Originally, the name is of Anglo-Saxon origin and comes from the baptismal name, Haine.

The name is an endearment for someone called Hannah.

Hannie doll is a name given to Hannah, who reminds you of a doll. The term ‘doll’ is often used as an endearment for someone we find cute and playful.

Hanniel is a boy’s name ofHebrew origin. It means “grace of God”and is a rendition of the female name Hannah.

Hanny is a diminutive form of Hannah and finds its origin in the Hebrew language. It means “He (God) has favored me.”You can find its roots in America, where Hannahmeans ‘grace.’

Hanny Nannany is suitable for an elderly named Hannah.

The name might be derived from the James Bond character, Manipeni. Hanny Penny is a pet name for a smart individual who is strategic and practical.

If you know a Hannah, who is exploring, inquisitive, and sensible, you can call her Hanny Girl.

A toddler who is just learning to walk and loves waddling around the house is often called HannyToodle in English-speaking countries. The name is a play on their original name Hannah.

Hansbonanas is a nickname that sounds sweet but has no meaning. It would be suitable for Hannah, who is adventurous and loves experimenting with crazy things.

Hansy is a thoughtful short name for Hannah.

It is amale name of German, Scandinavian, and Danish origin and means “son of Hans.”Howard Hanson is also a famous composer.

It is a diminutive and a Yiddish variant of Hannah.

Henye is a Yiddish variant of Hannah that has a charming sound to it.

It is suitable for someone who is quick on her feet, quick-witted, smart, alert, intelligent, and the likes.

The biblical name Hanna is said to be a short form of Johanna. Some Hannahsare thus called Johanna too.

Hannah is pronounced as Juana in Spain and is the Spanish form of Iohanna. The English, Polish and Biblical form of the name is Joanna. This name was borne by Juana the Mad, a 16th-century queen of Castile.

Nah Nah is a term used to say ‘no’ colloquially. It is a funny and a popular name in Canadanickname for anyone who loves telling stories or has the habit of saying ‘no.’

A beautiful and strong girl called Hannah is often referred to as Nan.

Nana is an endearing name for grandmother and a mature Hannah. Nana Mouskorie was a Greek singer born in 1934, famous for her song ‘Seasons in the Sun.’

The name Nany is suitable for a caring girl named Hannah.

Nayah is a nickname given to a gorgeous and charming Hannah. The origin of this name is believed to be Hebrew or English, meaning “god answered.”

Panna is a short name for Hannah or Anna in Hungarians.

Hannah is a biblical name. But as the story goes, Hannah was also a woman praying like a drunkard because of her bareness. Thus, a creative rendition of this name is “Shiloh Hour,” or in some cases “Shiloh Hannah.”

An African American pronunciation of the name Hanna is Quanna. It is a combination of the popular name prefixes Qua and Anna. In English, the name is pronounced as KWAHN-ə.

In 2020, Hannah was voted the 39th most popular name in the United States, while in 2019, it stood at rank 32 according to the Social Security Administration data. The consistently popular name has even stayed in the top five from 2000 to 2004. Hannah has been adopted all over the world in various languages, spellings, pronunciations, and forms. The name is also popular with many easy pet names.